This month, we discover how much the content marketing industry is set to be worth in 2021, how CMOs are reacting to brand safety concerns, and why longer headlines are better for branded content.

The value of the global content marketing industry is projected to rise to $412bn by 2021, according to the latest market research forecast compiled by Technavio. Spanning the period from 2017-21 the report singled out three key growth-drivers for the industry; building brand awareness, lower costs than traditional advertising and an increased conversion rate.

“The effectiveness of traditional marketing is decreasing by the day,” said Ujjwal Doshi, lead analyst at Technavio for media and entertainment services. “Companies must adopt the latest marketing trends to enhance their business and increase their consumer base. Content marketing is a strategic marketing approach that is focused on creating and sharing valuable, consistent, and relevant content to attract and retain the audience. Content marketing is the most economical and effective means of building brand awareness among consumers. If an audience can rely on a company for information, then they will most likely buy products from the same company.”

The Department for Digital, Media, Culture and Sport (DCMS) have announced that the UK’s booming creative industries made a record contribution to the economy in 2016. The thriving economic sector, which includes industries such as advertising and marketing, arts and film, TV and radio, and museums and galleries, is now worth almost £92bn. The announcement also includes facts such as:

“Britain’s creative industries play an essential role shaping how we are seen around the world but as these new statistics show they are also a vital part of the economy. The sector is now one of our fastest growing industries and continues to outperform the wider UK economy. This is a testament to the talent and drive of its workforce and we are working closely with them to make sure this fantastic success continues. 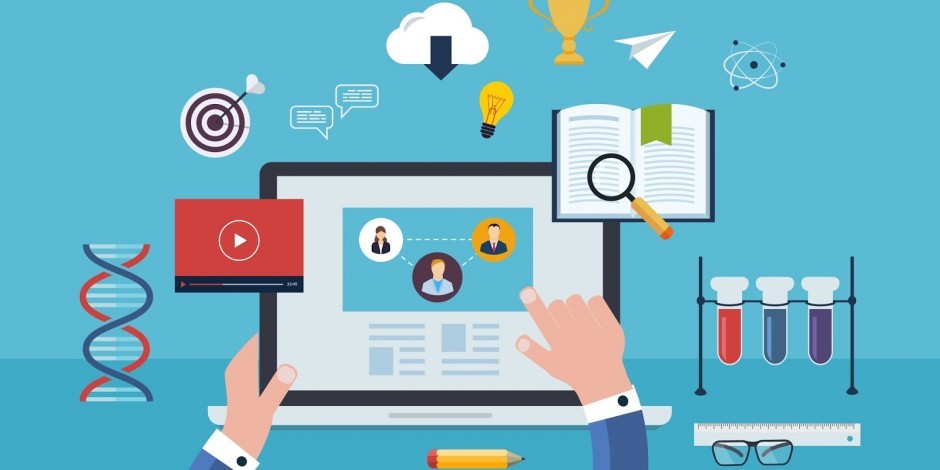 B2B marketers know that, unlike B2C, the path to purchase for B2B products can be long, often requiring the input of many players before a purchase is made. New research from Ascend2 has shown how B2B marketers can make that process a little easier. The firm surveyed B2B marketers worldwide on issues such as which online forms drive the most conversions, and discovered that the answer is the offer of a content download. Specific results include:

Overall, a large majority of B2B marketers (79%) indicated that their lead-to-conversion rates were improving, perhaps a sign that the creeping influence of digital technology is aiding their efforts. In addition, 86% had a positive view of their own lead generation strategy, with 46% considering their success rate as “best in class”.

Ever since Marc Pritchard, Procter & Gamble’s Chief Brand Officer, delivered a devastating speech in January about the state of digital advertising, brand safety has been the dominant issue for marketers in 2017. And further evidence of ongoing concern in the industry comes from Teads, the video advertising marketplace, which commissioned Censuswide to question 100 CMOs and marketing VPs at UK companies with a turnover of at least £20m. The survey found that:

“In order to get to the root of these issues, we need to rally together as an industry to make sure transparency, brand safety and fraud-free environments are guaranteed at every level,” said Justin Taylor, UK MD at Teads. “For brands and agencies, this means having transparency and verification on ad buys; if it’s not viewed, the advertiser shouldn’t pay. For consumers this means seeing non-intrusive, quality creative. For publishers, it’s having access to high-yield video inventory and global brand advertisers, with the right tools to prevent fraud.”

When it comes to headlines for branded content, more characters and more words mean more clicks, according to a recent study by Polar. The branded content technology provider analysed a set of data provided by premium publishers to see how a variation in headlines affected key performance indicators (KPIs), and found that:

Content marketers in North America are increasingly relying on a variety of technologies beyond the old standby of email, according to recent research from the Content Marketing Institute (CMI). In a poll conducted in February, the organisation found that 57% of respondents used a content management system (CMS), while nearly one in five (18%) had turned to some type of content optimisation software.

A new survey found that most consumers say they rarely or never mean to click on ads served up on their phones. Button, a mobile partnership platform, and App Annie, a mobile app data and insights provider, surveyed 1,106 US smartphone users ages 18 to 73, and found that consumers aren’t too keen on mobile ads. Specific results included:

Separate data from the Interactive Advertising Bureau (IAB) conducted earlier this year also took a look at the differences in consumer responses to advertising on the mobile web versus in-app ads. Nearly half (47%) of smartphone users polled worldwide said they took some sort of action after seeing an ad in a mobile app, while slightly fewer (45%) did so after seeing a mobile web ad. When it came to actually clicking on the ad, only one in 10 had done so.

Are you addicted to your phone?

A study from Deloitte, conducted by Ipsos MORI, found that many people just can’t seem to put down their smartphones. The survey polled 2,000 US internet users ages 18 to 75, and found that: Email marketers need to tap the power of copywriting

Email remains the trusted workhorse of digital marketing, but new research shows that the majority of consumers don’t think such communications are done well. The DMA’s Consumer Email Tracker 2017 report was based on 1,063 responses from a YouSay consumer panel, and found that:

Brands need to focus on crafting each email carefully, without resorting to gimmicks, according to Rachel Aldighieri, MD at the DMA. “We know, for instance, that consumers are engaging well with simple emails composed of well-written text and images,” she said. “The power of the craft of copywriting should not be underestimated.”